How reCAPTCHA Works on Novi Websites

Written by Melanie Dupont
Updated over a week ago

reCAPTCHA is a free service from Google that helps protect websites from spam and abuse, by establishing that the current user is human instead of an automated bot.

The standard verification leverages some fancy algorithms (and a little Harry Potter magic) that identifies how the user interacts with the page to determine if they are, in fact, human. The user simply needs to check the "I'm not a robot" box as shown in the screen shot below, and the magic does the rest. 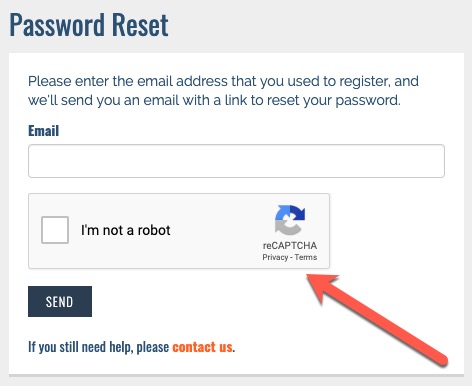 There is also a system featuring image verification. This system requires the user to identify one or more images containing a predetermined object from a given set of images.

This type of verification usually occurs when a user has visited the same page (and answered the reCAPTCHA) several times within a short period of time. The net result is that it takes longer to make it through the reCAPTCHA verification and discourages human spammers. The screen shot below is an example of one such image verification. 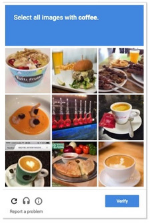 Btw... if you're really interested in the subject, check out NPR's "How I Built This" episode with the creator or reCAPTCHA.