If a member doesn't pay their own dues, assign a different Default Dues Payer!

Written by Jessica Fullerton
Updated over a week ago

If you have members who always rely on a different, related member to pay their dues, you can change their Default Dues Payer!

Who is the Default Dues Payer?

Default Dues Payer refers to the party who is automatically responsible for paying dues. For example:

NOTE: If you do not change the Default Dues Payer, Novi will assume the member itself is responsible for its own dues.

If you'd like to change the Default Dues Payer for an entire Member Type, first navigate to the Member Type in question. From there:

If only a few members have a unique Default Dues Payer, you can override the rules of their Member Type on their specific record. First, navigate to the record of the member in question. From there: 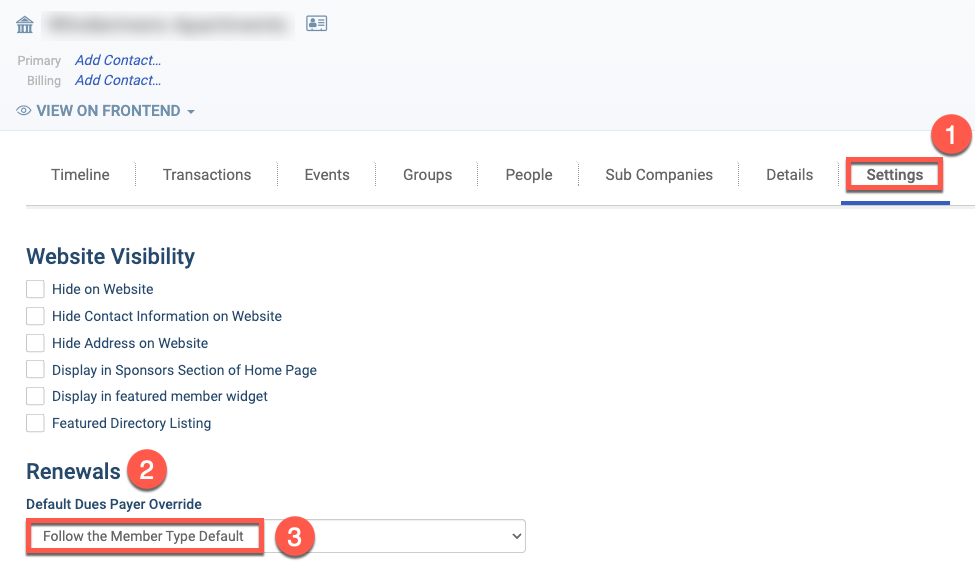 What does the Default Dues Payer's invoice look like?

The Default Dues Payer will appear on the "Bill To" line, while the purchaser will still be the member that is being renewed.

In cases where one Default Dues Payer is responsible for multiple members, the dues-related charges for all of these members will appear on one invoice. In these cases, the purchaser will simply read "Multiple Members". 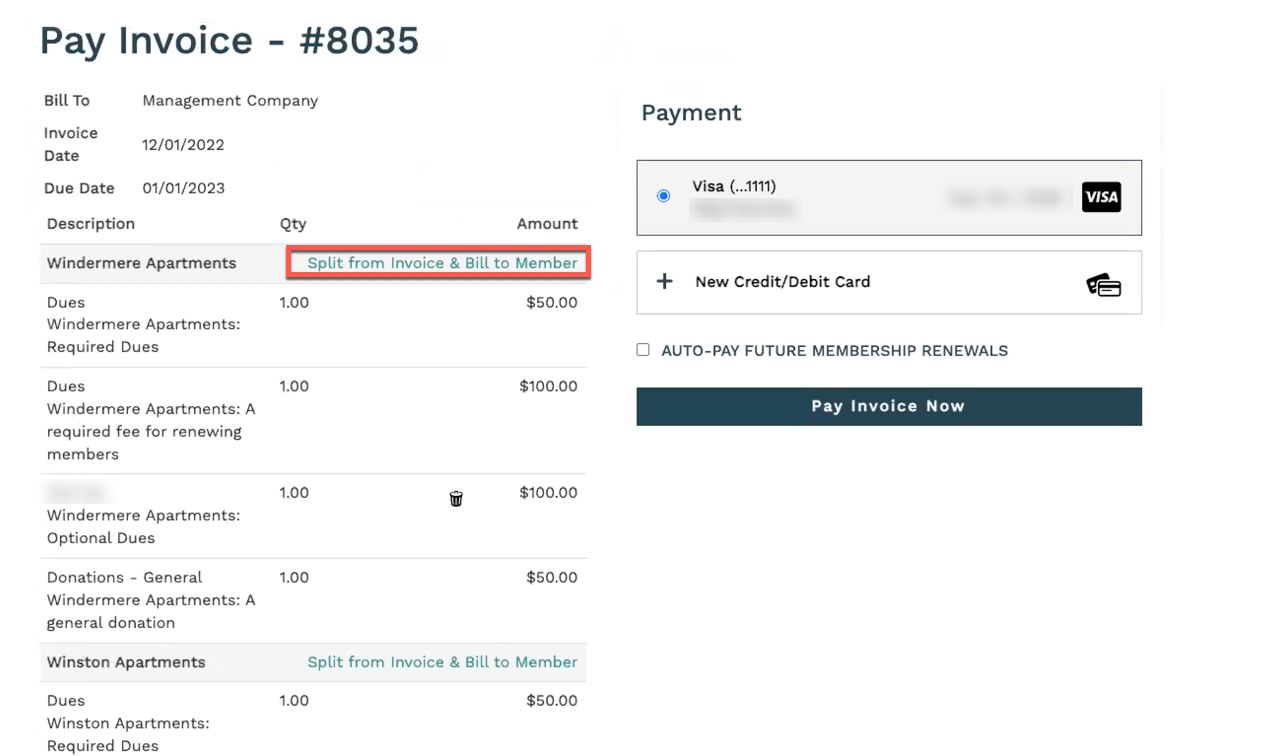 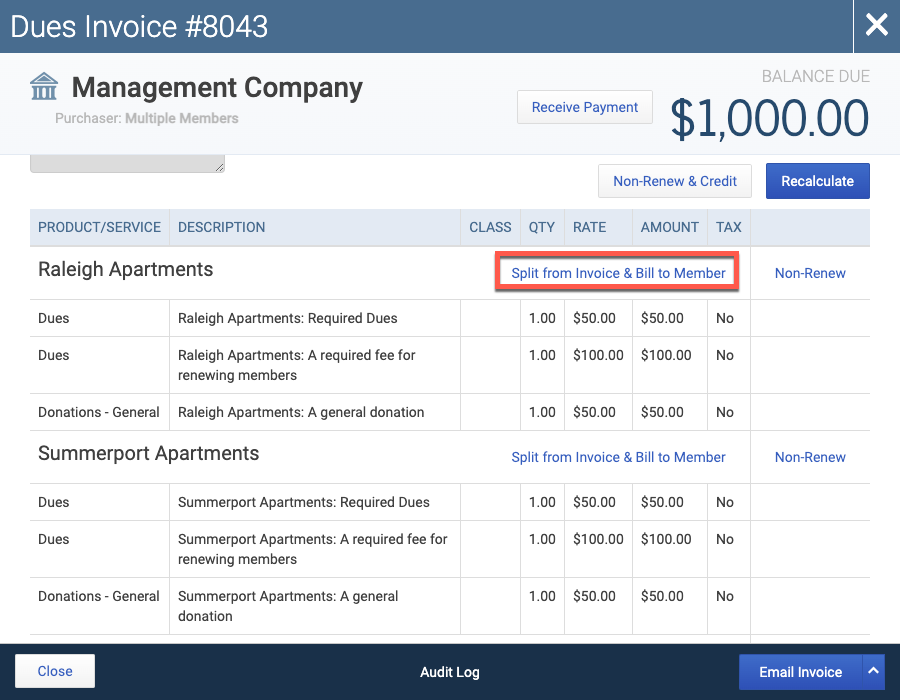 After the invoice is split, the new separate invoice will appear under Invoices Not Sent or Printed under Transactions on the backend. An admin can then send the new invoice to the responsible member. Additionally, splitting an invoice will produce an audit log entry, allowing you to track when a new, separate transaction is successfully generated.

If a parent company also pays dues, in addition to the children being billed to them, is that on the same invoice or separate?

It will be a separate invoice if that parent also pays dues.

If a member splits their transaction, will I as an admin receive a notification that this is now a separate invoice?

You won't receive a notification, however, the new invoice will now appear in the transactions filter labeled “INVOICES NOT SENT OR PRINTED”.

Are these split invoices stored in the audit log?

Yes, you will be able to see when an invoice has been split in the audit log.

If an invoice is split, will it automatically update the default dues payer for the member that was split?

Yes. When you click split from invoice and bill a member, the system will update the default dues payer for that record back to the Member Itself option.

Can invoices be rejoined after they are split?

No, a new invoice would need to be created in order to rejoin the charges.

No, you will still need to send the new invoice. Once an invoice is created, it will not add on additional membership dues that were generated after the payment was created.

When changing the Default Dues Payer Override, is it obvious that they are using the member type default?

Yes, the item selected will have a checkmark next to it.

When using the group or report conditions for Open or Overdue Dues Balances, which members will appear?

The dues balance is on the default dues payer, not the member themselves, so the dues payer will appear in your group or report.

How will multi-member invoices look in QuickBooks?

QuickBooks invoices featuring multiple members will look very similar to the Smart Invoice in the Default Dues Payer's Member Compass. However, there will be no option to "Split from Invoice" for each individual member.